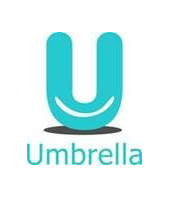 Filters use XPath expressions to find element nodes that should be excluded from the published XML.

How to write an XPath expression?

All XPath expressions examples from this guide refer to the following XML:

To better understand this guide, you can use http://xpather.com/ to try XPath expressions on previously shown XML. You can also use this website in the future to validate your Filters, but please do not use any XMLs containing sensitive data.

The simplest and the most efficient way to provide an XPath to an element is to list all elements from the root element to the desired one, separated by a slash(/).

In case an exact path is unknown or does not include all desired nodes, a double slash(//) or an asterisk(*) can be used.

asterisk(*) is a wildcard, which can be used instead of providing the name of the node. It basically means there must be an element, but its name does not matter.

Predicates are used to find a specific node or a node that contains a specific value.

A predicate can be:

*At(@) represents an attribute node. You can think of it like you would think of a child node. If we rewrite <price> element following way:

then the corresponding expression would be //book[price/currency]. It is possible to write an XPath expression selecting an attribute (//book/@type), but currently Faces does not support attribute filtering, so the only usage of attributes for us are predicates.

There are many useful functions that can be used in predicates:

The following operators can be used in predicates: